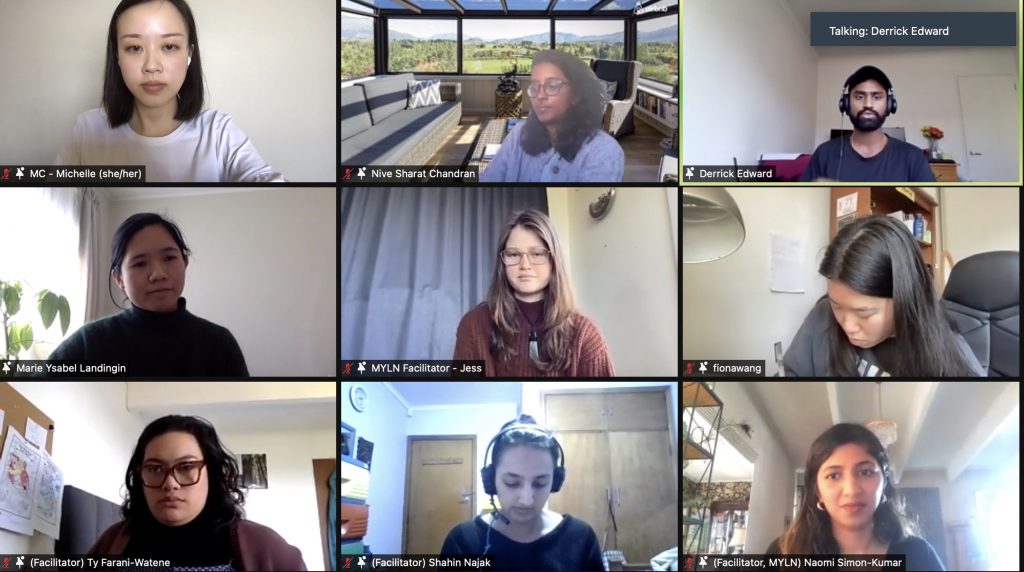 Multiethnic Young Leaders partnered with the NZ Human Rights Commission and the Ministry for Ethnic Communities to host a sold-out zui (zoom hui) on the National Action Plan Against Racism.

The Zui kicked off with a fireside chat with Race Relations Commissioner Meng Foon, Children’s Commissioner Judge Andrew Becroft, and Assistant Māori Commissioner for Children Glenis Philip-Barbara, on the government’s responsibilities in addressing racism in Aotearoa. The chat was facilitated by Anusha Guler, Executive Director for the Ministry for Ethnic Communities.

The second half of the Zui gave our rangatahi an opportunity to enter breakout rooms to share their views on systemic racism. Feedback from the sessions will inform a report to be submitted to government later in the year. The final National Action Plan Against Racism is expected to outline practical goals and solutions to address racism in Aotearoa, including identifying the steps the government can take to promote equality and support anti-racism efforts.

The recording for the fireside chat is now available on Multiethnic Young Leaders’ Youtube Channel, or under the Resources tab on our website.